Crystal River fish count yields all of the usual suspects 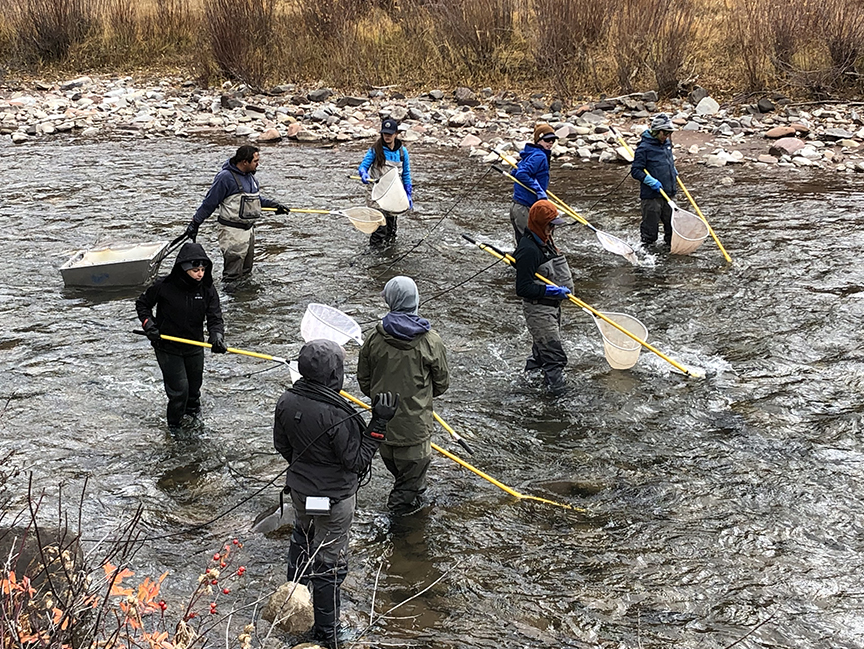 Electrofishing on the Crystal River

Multiple days spent fishing the Crystal River this year with little or no success left little doubt in my mind that the river was to blame. Fruitless casts in spots where, in prior summers, feisty trout hit reliably on tried-and-true patterns, said it all. Clearly, the fish were gone.

Maybe the year’s epic mudslides, which clouded the waters and coated the river bottom in sticky, red goo, had decimated the fishery. Maybe fishing pressure had taken its toll. Maybe it was me. Nah.

Needless to say, it was a real eye-opener to watch a Colorado Parks and Wildlife crew, bundled in Neoprene and Gortex, methodically pick their way upstream on the Crystal at Redstone, armed with electric probes and nets, to conduct a fish count. Under a cold October sky, the front line deftly scooped up fish left and right, passing them back to a second line of net handlers. Fish transferred from net to net were deposited in a mesh-lined cage positioned to the rear and pulled upstream over the slick rocks by the final netter in the lineup.

Electrofishing employs electricity flowing between submerged anodes and a cathode. Fish are attracted to the anodes but temporarily stunned as they approach, allowing them to be netted. They recover quickly. The fish are counted by species, measured and released unharmed.

Tiny fish of varieties I did not know existed in the Crystal, decent-sized trout and a whopper of a whitefish were all captured in a stretch of river I’d worked over with two companions less than a month earlier to virtually no avail.

I was surprised. Kendall Bakich, crew leader and CPW aquatic biologist, was not. CPW conducts such fish counts every 3 to 5 years on the Crystal. In October, the counts were done on three stretches of the river. All of the species that Bakich expected to find were present, including bottom-feeding sculpins and tiny speckled dace – fish food for larger species.

“I’m always surprised when I find sculpins all the way up at Marble in the Crystal,” Bakich said. The small, native fish is found in free-flowing streams, but Bakich does not see them at higher elevations on the Roaring Fork River like she does on the Crystal.

Also notable on the upper Crystal – there were more rainbow trout than Bakich has seen in past counts, she said. Mountain whitefish were found in their expected abundance, though their numbers have plummeted on the Roaring Fork (see “The mysterious, maligned mountain whitefish,” May 2021). Female whitefish on the Crystal had just finished spawning when the counts were taken. Brown trout were also spawning and females with eggs were netted by the team.

Nonetheless, spawning habitat for brown trout, which make their redds (spawning beds) on gravel river bottoms, may have been reduced by mudslide sediment. Rainbow trout spawn in the spring, when runoff may flush out the lingering sediment.

The mud may also impact the aquatic insect life on which fish depend – some macroinvertebrates may be less abundant but others may be more prevalent as a result of the mud, according to Bakich. It is also possible some fish perished during the mudslides, she said.

“The Crystal is a highly dynamic system and these events are not uncommon,” Bakich noted. “Generally, the fish in the river are resilient and this year with our surveys, I think we saw that.”

Bakich won’t finish analyzing the data from this year’s fish count on the Crystal until January, but the results will help guide the stocking of hatchery-reared fish in the river next summer.

CPW supplements the Crystal fishery with a whirling disease-resistant strain of rainbow trout – primarily 3- to 5-inch fish that will grow to be a resource for anglers and contribute to the wild reproduction of the species. In addition, rainbows in the 8- to 12-inch range, considered “catchables,” are placed in the river for the angling public.

In 2021, about 280,000 fingerlings and 5,000 catchables were stocked in about 30 miles of the Crystal, according to Bakich. Why I wasn’t catching them remains a mystery.

“Maybe the fish got smarter,” she offered. 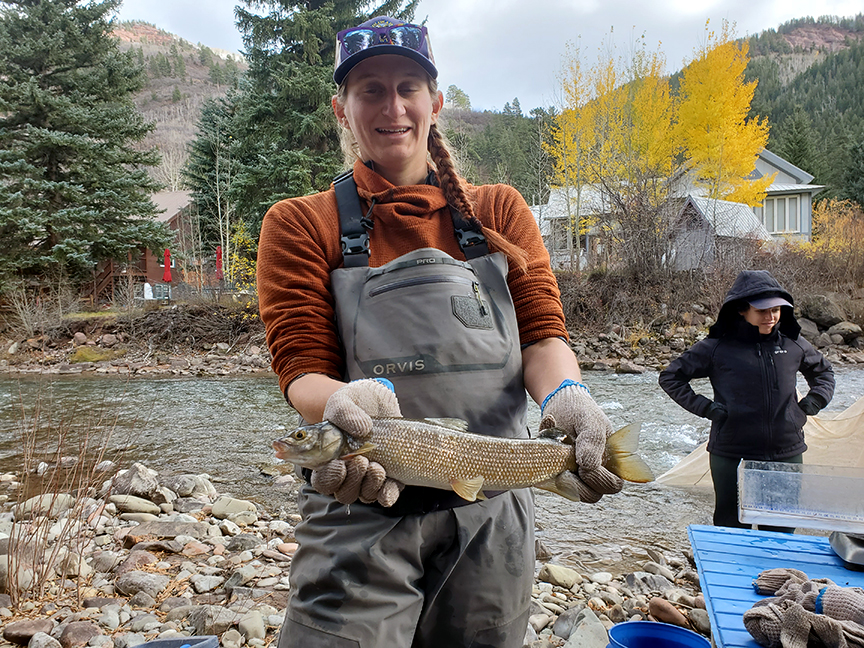 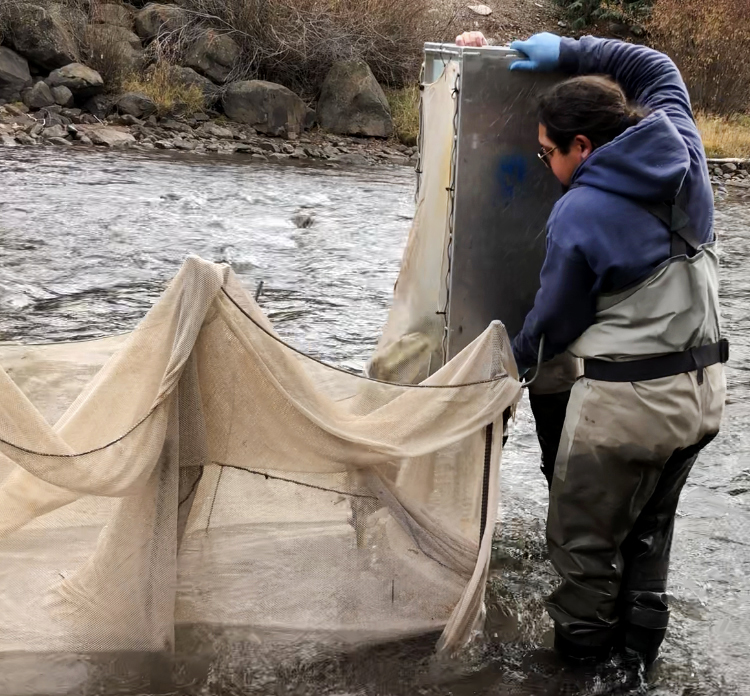 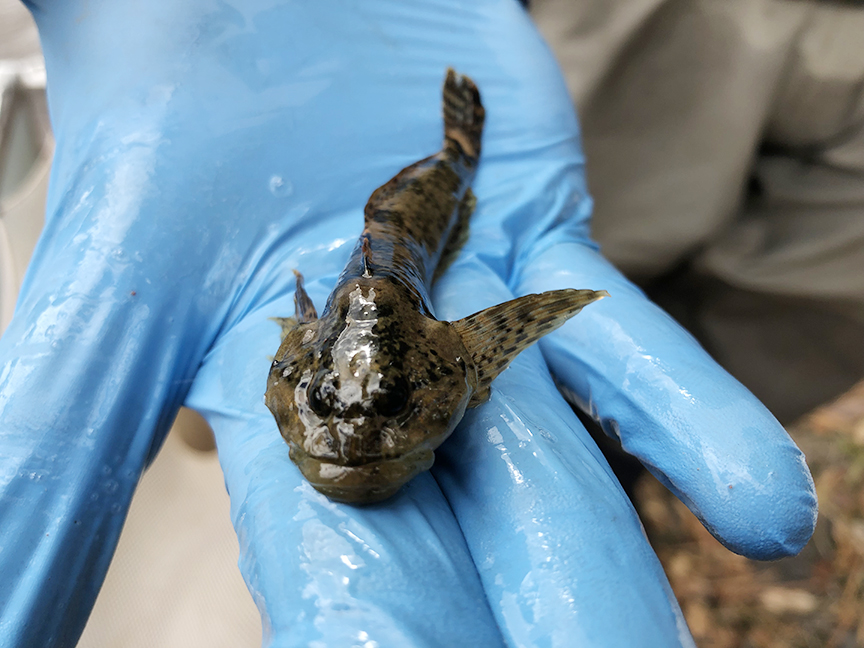