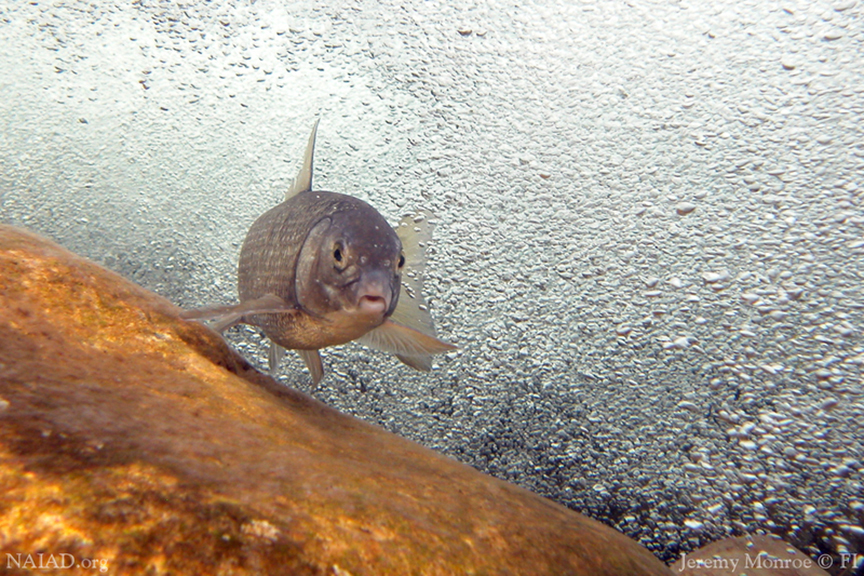 The mountain whitefish can’t get no respect, to coin a phrase. But it ought to.

A pale relation to its prized cousin, the trout, the whitefish was historically dismissed by some in the angling community as an inferior “trash fish,” not worthy of its place in a trout stream beside the fabled rainbows and browns. Chucking it into the bushes if you found one on the end of your line was par for the course for some anglers back in the day.

“People who catch them and throw them up in the bushes are actually breaking the law,” noted Tony Fotopulos, founder of Alpine Angling, an area fly shop. “People used to – not so much anymore.”

Anglers may have assumed whitefish were competing with the favored trout for survival, but that is not the case, according to aquatic biologists.

In fact, the mountain whitefish (Prosopium williamsoni) is one of only two salmonids native to Colorado. Virtually all species of trout (also a salmonid) in the state were introduced. Whitefish have been swimming side by side with native cutthroat since the last ice age, according to Colorado Parks and Wildlife.

Historically found in only the Yampa and White River drainages, they were introduced to the Colorado and Cache la Poudre drainages in the 1940s as a game fish – for people to catch and eat. Among whitefish fans, they are prized as powerful swimmers that put up a worthy fight at the end of a fly line and that feed consistently, even when the trout aren’t biting.

“The tug is the drug and whitefish pull really hard. They’re fun to catch,” Fotopulos said.

Local anglers, however, may notice they’re hooking far fewer whitefish than they used to. In recent years, many of their populations have been in decline, spurring research into this relatively unstudied species. And, starting this year, CPW has instituted a daily bag limit of 4 whitefish in the Colorado, White River and Eagle drainages (and a possession limit of 8). The regulation includes the Roaring Fork and Crystal rivers.

“On many of our rivers we’ve seen significant declines. On the Roaring Fork in particular, we’ve see a crash in the whitefish fishery,” said Kendall Bakich, CPW aquatic biologist in Glenwood Springs. “We decided maybe unlimited harvest of our whitefish isn’t a good idea anymore. It’s just not reflective of the fact that we are losing this fishery and it’s a concern.”

When Bakich began work out of Glenwood Springs 14 years ago, the Roaring Fork River below Carbondale produced 60 whitefish per acre in her fish counts. Now, the number is 6 per acre, she said.

CPW had already closed whitefish spawning grounds in the Colorado River’s tributaries to anglers in response to aggressive harvests when whitefish crowd into the small streams in the fall. There were tales of people carting off coolers of whitefish, according to Bakich. Tributary closures in the spring and fall also protect spawning trout.

Whitefish take an unusual approach to spawning. Rather than creating a redd, or spawning bed, in the gravel of a river bottom, as trout do, they gather in large numbers in pools behind gravel bars, or tributaries such as Grizzly Creek in Glenwood Canyon and Rapid Creek on the Crystal River, and spawn en masse. The females deposit their eggs and the males provide the milt; in the churning mix, the eggs are fertilized, according to Bakich.

Freshwaters Illustrated, based in Corvallis, Oregon, has produced a striking video of whitefish gathering in a cold, clear tributary of the Colorado River in Glenwood Canyon during spawning season.

The whitefish population in the Crystal River remains strong, according to Bakich. In the Roaring Fork, most whitefish have traditionally been found in the reach between Carbondale and Glenwood Springs. That population’s decline may be caused by warming water temperatures as a result of ongoing drought, sediment dumps produced by summer monsoons and even handling by anglers, she said.

Those who catch and keep whitefish say smoking is the best method of preparing the fish, and smoked whitefish is considered a delicacy in many parts of the country.

More importantly, there are times when whitefish save the day when it comes to fish in the net.

Video: Flyfishing for whitefish on the White River