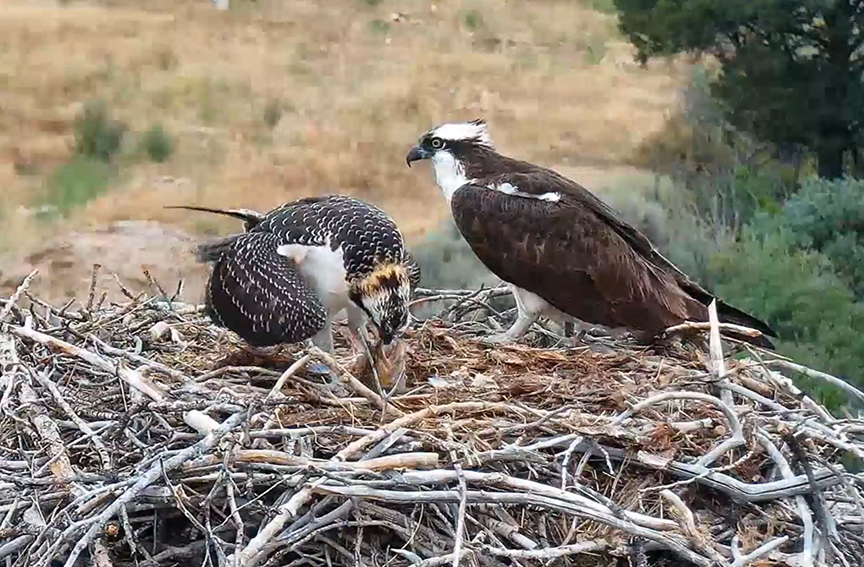 An Osprey chick at the Emma nest devours a trout.

It’s no secret that Ospreys as a species are piscivores (fish-eating animals), but just how much does a family of four consume? The Osprey nest at Emma Open Space was among the sites providing the answer this summer.

The nest was part of a research project led by Michael Academia, a fisheries biologist and graduate teaching assistant at The College of William and Mary (Williamsburg, Va.). His team of volunteer observers gathered data via Osprey nest cameras at 17 sites around the globe. Academia will compile the results for a manuscript for The Journal of Raptor Research. Among his goals was to correlate daily fish deliveries in relation to meteorological conditions such a precipitation and wind.

Academia provided Pitkin County Open Space and Trails with a brief summary of his findings at the Emma nest, where two chicks fledged this summer. Among his findings: 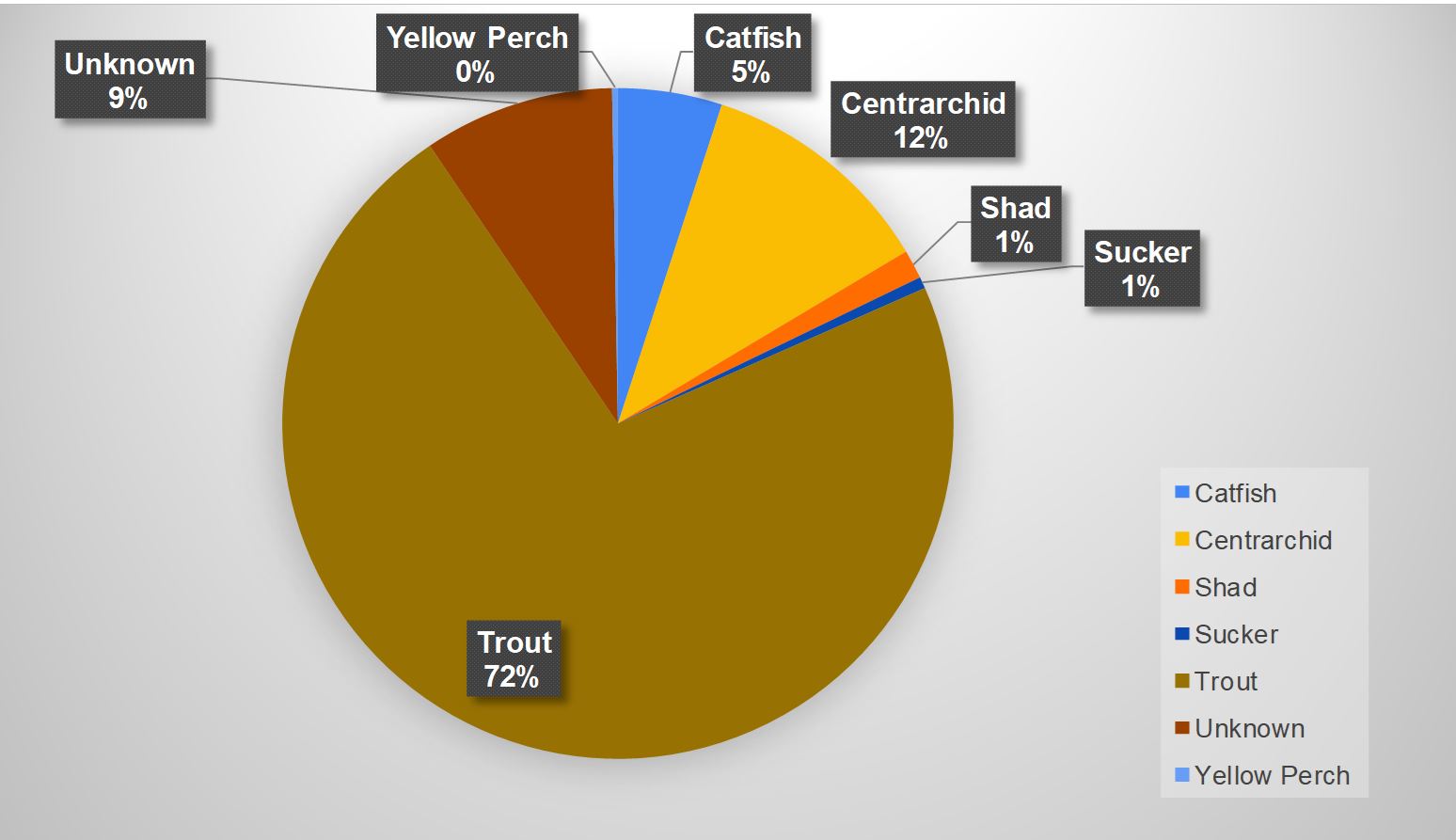