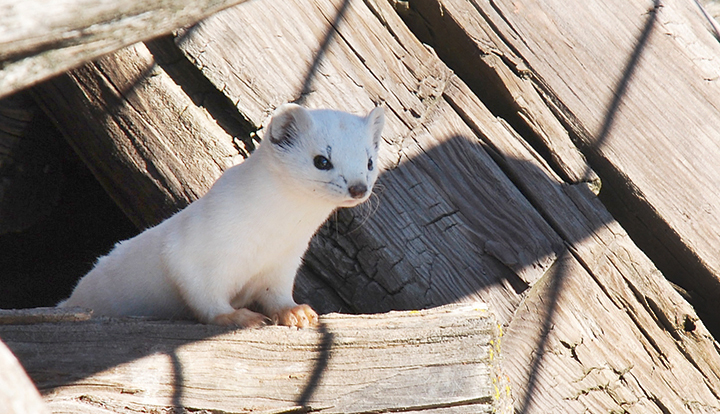 Of the eight documented varieties of weasel in Colorado, only two are actually called weasels. Both can be found locally and if you’re lucky enough to spot one, your first reaction is likely to be some variation of “aw, it’s so cute.”

The long-tailed weasel (Mustela frenata) is closely related to the short-tailed weasel, or ermine, (Mustela erminea). They can be distinguished from one another by their size, but for most observers, seeing the length of a weasel’s tail is essential in identifying one from the other.

The long-tailed weasel is 14 to 18 inches long, weighs about 5 ounces, and has a tail that’s roughly half the length of its body, according to Colorado Parks and Wildlife (CPW). The short-tailed weasel is 8 to 10 inches long, weighs only about an ounce and a half, and has a tail that’s less than one-third of the length of its body. Males of both species are typically 20 percent larger than females. Both animals turn white in winter but for a black tip on the tail; both are brown in summer (retaining the black tail tip), but an ermine has a white underbelly in the summer while the long-tailed weasel has a yellowish to orange underbelly. These animals are easiest to spot when their white coat contrasts with their surroundings.

Long-tailed weasels live throughout Colorado but seem most abundant in the mountains at moderate to high elevations, according to CPW. Ermine occur mostly in the mountains. Neither animal is listed as threatened or endangered in the state. The long-tailed weasel and possibly the ermine have been observed on Pitkin County open spaces, as has the American marten (also called the pine marten), another variety of weasel found in Colorado. The others are the black-footed ferret, American mink, American badger, North American river otter and wolverine, according to CPW.

The ermine, by the way, is the second smallest weasel. They tiniest is the least weasel – the world’s smallest mammalian carnivore, according to animaldiversity.org. It weighs about an ounce and measures 4 to 10 inches in length. The least weasel’s range includes the northern United States, but not Colorado.

Both the long-tailed weasel and the ermine are considered fierce predators that consume as much as a third of their body weight in meat daily. “This explains their propensity for attacking prey up to four times their size and killing an excessive amount of prey when it is available, which they cache for later use,” (Wild at Heart – A Natural History Guide, by Janis Lindsey Huggins). A weasel that takes up residence in a woodpile will take care of the mice. They also eat other rodents, as well as chipmunks, ground squirrels, nestling rabbits, and ground-nesting birds and eggs.

Weasels mate in the summer, but thanks to a long delay in the implantation of embryos, a litter of four to nine young (they are called “kits”) is typically born in April. A group of weasels may be referred to as a “boogle,” “confusion,” “gang” or “pack” but weasels are typically solitary creatures outside of mating or rearing young, so you won’t often see a boogle of them.

Both the ermine and long-tailed weasel are especially enjoyable to spot in their winter finery, and the ermine’s winter coat has long been prized as a sign of stature among royalty. It has been used for centuries to adorn the garments of monarchs and popes. Queen Elizabeth II’s coronation robe, as well as her crown, were trimmed with the fur of Canadian ermine. 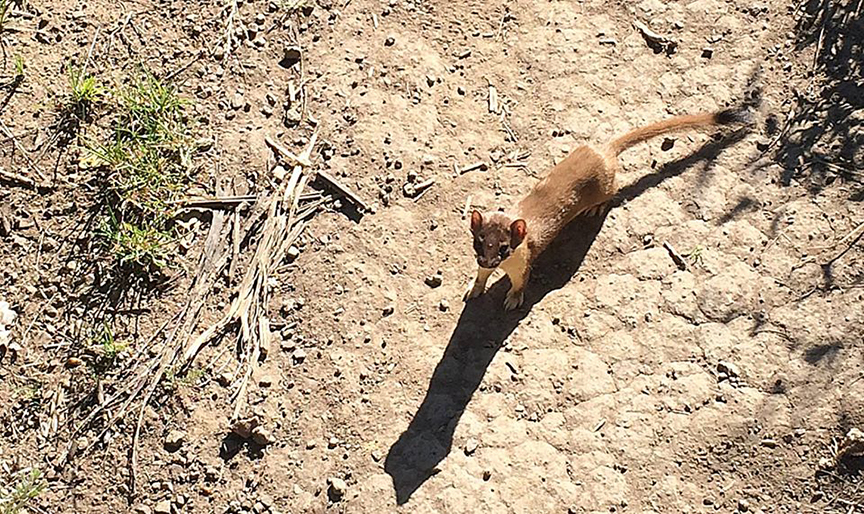 A juvenile long-tailed weasel at Sky Mountain Park, in its brown, summer coat 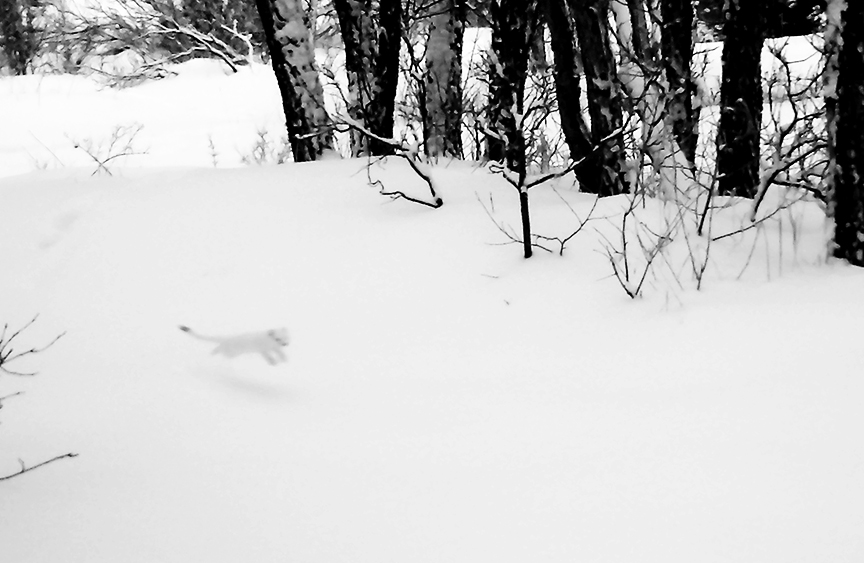 On the run at Sky Mountain Park 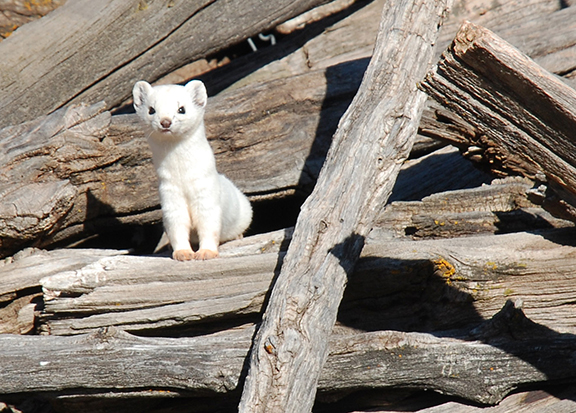 At the Emma Farms Conservation Easement 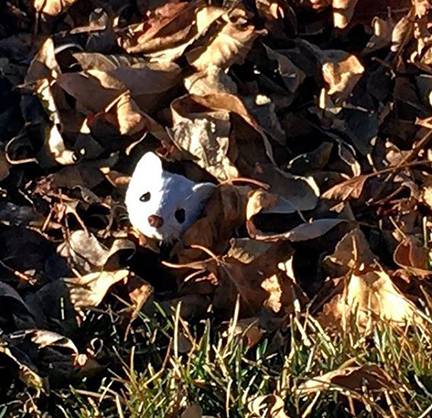