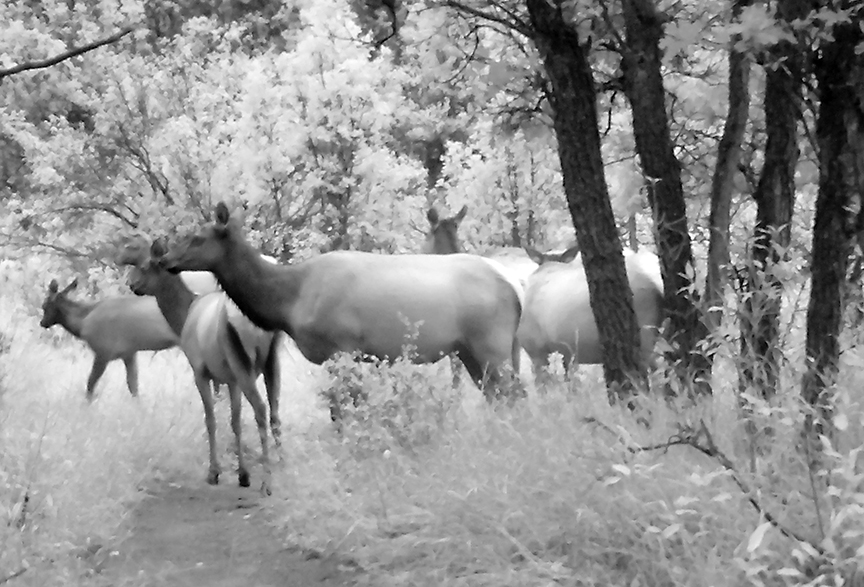 This will be the eighth year that a limited elk hunt takes place at Sky Mountain Park. It is an unusual occurrence, as hunting is not permitted on any other Pitkin County Open Space and Trails property. In fact, it is strictly prohibited.

The Sky Mountain Park hunt, for cow elk only, was accommodated with the first management plan that was adopted for the Park, back in 2012. The first hunt took place in 2014.

The 2021 update to the management plan, which goes to the Open Space and Trails Board for review and potential adoption on Nov. 4, retains the provision allowing the elk hunt to take place. In addition, the new plan allows Open Space and Trails to amend the lottery in the future to prioritize the selection of youths, veterans and/or other underserved or under-represented groups for the hunt, as suggested by Colorado Parks and Wildlife (CPW).

CPW advocated for the hunt in the original management planning for the Park and continues to support it. The hunt both provides a unique opportunity for the public to experience the open space and benefits local habitat for wildlife in the long run. In the relative absence of natural predators, even this small degree of hunting pressure increases elk movement and prevents a refuge effect in the Park that could negatively impact the habitat through overuse and intensive browsing.

The hunt takes place during the fourth rifle season – this year on Nov. 24-28 – in an area that was traditionally hunted when it was private property. The land was purchased as open space in late 2010.

Cozyline, Airline, Skyline Ridge and Ditchline trails will all be closed to public use during the hunt for safety reasons. Closure signs will be posted. Highline, Lowline, Viewline and the downhill-only Deadline Trail will remain open.

Hunting at the Park during the last rifle season minimizes conflict with trail use since the number of people using the Park’s trail system drops significantly by mid-November due to snow, mud and colder temperatures. The season also captures the last part of the elk migration to winter range. Shortly thereafter, most of the Park closes entirely for the winter season, starting Dec. 1, leaving the elk undisturbed by humans. Find out more about wildlife closures.

Open Space and Trails conducts a drawing each March to select five participants for the hunt. This lottery does not add tags (i.e. harvests), but allows hunters with CPW tags to hunt cow elk on this land. The hunt has resulted in a harvest of between one and three cow elk each year – 12 in all between 2014 and 2020.