Rooting for the underdogs 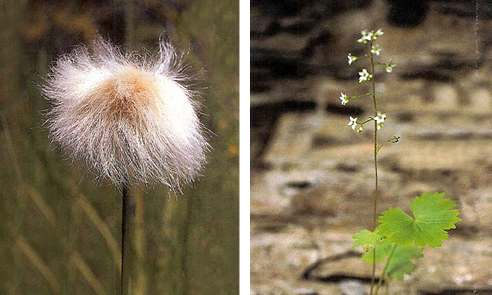 “Everyone likes to root for an underdog. Even if it’s a plant.”

So says the Colorado Natural Heritage Program, which has tallied about 25 extraordinary plant species in Pitkin County that are underdogs these days. They are plants, according to CNHP, that need everyone’s help.

There are at least two plants of note flourishing on Pitkin County open spaces. Silverleaf milkvetch populations (Astragalus argophyllus var. martinii), rare in Colorado, are healthy and can be seen along some trails at Sky Mountain Park. In fact, additional populations of this plant were documented in 2018.

At Filoha Meadows Nature Preserve, the locally rare stream orchid (Epipactis gigantea) has been studied for years by Pitkin County Open Space and Trails’ ecological consultants. It is considered critically imperiled in Colorado because of the relatively small number of populations within the state, but the population of stream orchids at Filoha likely numbers about 300,000 – by far the largest population of this plant species recorded in Colorado! The public can see the orchids only through tours led by the Roaring Fork Conservancy.

While these sensitive species are monitored and protected on Open Space properties, rare plants in other areas may lack careful stewardship. They are the ones to worry most about. Government regulations don’t apply to rare plants on private lands, except in highly unusual circumstances, says CNHP, so voluntary efforts by well-informed landowners are essential to ensuring the protection of habitat for plants that may only exist in a very small corner of the planet.

CNHP has produced a brochure – What You Should Know About Rare Plants in Pitkin County (funded by the county) – to heighten the public’s awareness of rare species and help ensure their conservation. The brochure highlights seven of the most threatened plants in Pitkin County. Anyone who would like information about the other 18 species is invited to contact CNHP.

Why these plants are important goes beyond the fact that they’re not known to exist in very many places. According to CNHP, the ripple effects of a rare plant’s disappearance may be significant, affecting other dependent plants, insects and animals. We also don’t know what benefit these plants might provide for humans in the future, but once they’re lost, so are the medicinal uses or other benefits these species might have yielded. Extinction lasts forever.

“As you learn more about the intrepid plants that have adapted to Pitkin County’s environment, you may find yourself becoming a real plant detective,” says CHNP. “If you spot some of these rare plants on public lands in the county, please tell the managing agency or the Colorado Natural Heritage Program so we can add this discovery to what we know.”

Find Out More about CNHP