Research sheds new light on a creature of the night 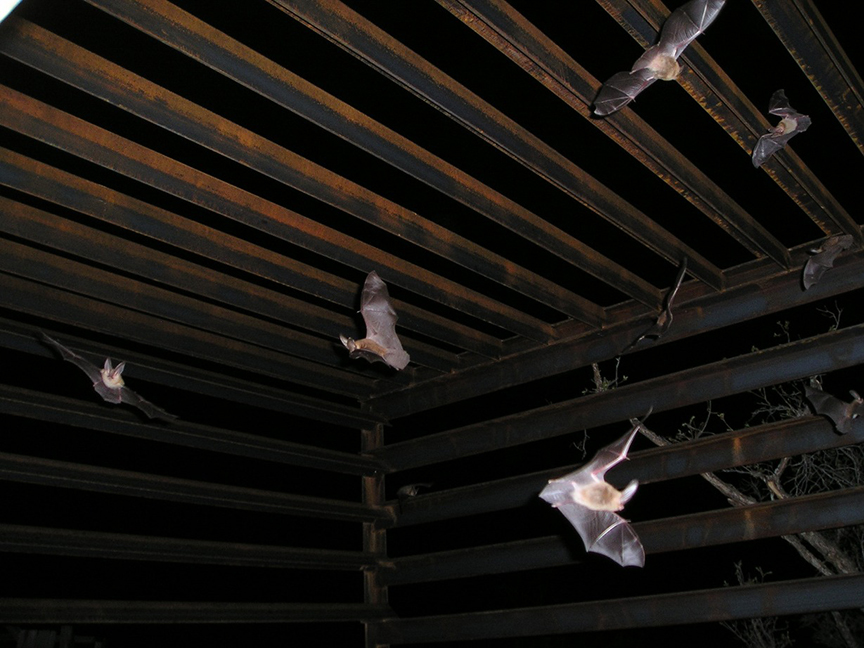 Townsend’s long-eared bats circle in the caged entrance to a mine in the Crystal Valley.

In the Crystal River Valley, summer nights draw nocturnal predators into the open. One such species takes to the skies by the hundreds in a spectacle that is rarely witnessed.

Townsend’s big-eared bats swarm from an abandoned mine to perform an ecological service. Like many bat species, they eat insects. Lots of them, making them vital to a healthy ecosystem.

“They can eat their body weight in insects each night,” said Phil Nyland, wildlife biologist with the White River National Forest.

The mine tunnel hosts a maternity colony consisting primarily of female bats and their young. Bats are mammals – they bear live young. A female gives birth to one “pup” between May and July, and the young are nourished with milk from their mothers. Incidentally, bats are the only mammals capable of true and sustained flight.

Males remain solitary during the maternity period. Each night during the summer, the females take flight to feed and drink, leaving the pups in the safety of the old mine until they are old enough to emerge and fend for themselves.

“It is probably the biggest maternity colony in Colorado, that we know of,” said Dan Neubaum, a wildlife conservation biologist with Colorado Parks and Wildlife who has been studying the bats up the Crystal for more than a decade.

Townsend’s big-eared bats can travel up to 10 miles in a night of feeding. Research indicates moths are their favored meal, but they are opportunistic feeders and likely eat whatever insects are hatching, according to Neubaum.

Visitors taking part in the Roaring Fork Conservancy’s evening tours of OST’s Filoha Meadows Nature Preserve, which occur in July, are often treated to the sight of the fluttering bats at dusk as they dip and swoop to catch insects in flight.

Early on, biologists used clickers to count bats emerging from the mine in order to estimate the population there, before upgrading to a more effective method involving video cameras with infrared and thermal imaging capabilities to tally the population. In 2016, the colony was estimated at about 1,000 bats, Neubaum said.

In addition, hundreds of the bats have been captured and outfitted with PIT tags (passive integrated transponder tags) – a microchip that is activated when it passes by a special antenna. This method to study population dynamics is frequently used in the research of wildlife and fish species. The microchips are unique identifiers, so each time a tagged bat comes and goes from the mine, its movements are passively recorded by the nearby antennae, giving researchers valuable information.

There is a lot researchers don’t know about bats, according to Neubaum. For example, the PIT tags are providing novel data about how long they live. Some of the tagged adults have been returning for 11 years. The tags have also allowed him to identify another cave in the region where some of the bats hibernate during the winter months.

Nyland, Neubaum and others have collaborated in studying the Crystal Valley population. This fall, they intend to submit a research paper to the Journal of Mammalogy for potential publication. Having survival estimates for bats is rare, and the authors will also offer data about when the bats arrive and depart seasonally, as well as their fidelity to the site. The PIT tags show females returning to the maternity colony year after year, though the population appears to disperse each fall as the animals move elsewhere to hibernate, Neubaum said.

In 2008, a cage was installed at the mine entrance to protect the bat population from human intrusion, though there is no public access to the site. The cage allows bats to come and go, but blocks entry to anything larger. The protections have become all the more important with the discovery of white-nose syndrome, or WNS, in a bat outside of La Junta, Colo. earlier this year. It was the first confirmed detection of the disease in Colorado.

An invasive fungus causes WNS, which has been blamed for killing millions of bats in North America. While the syndrome is spread primarily from bat to bat, human activity in caves is thought to spread the fungus. In the White River National Forest and across the Rockies, the Forest Service has worked to close public access to caves inhabited by bats, Nyland said.

Colorado is home to 19 native bat species, at least 13 of which may be susceptible to WNS, according to Colorado Parks and Wildlife. According to a recent study published in Conservation Biology and cited by CPW, the disease has killed over 90 percent of exposed populations of three bat species in North America in fewer than 10 years.

So far, in other states, Townsend’s big-eared bats have been documented carrying the fungus, but they have not contracted the disease, according to Neubaum. He is not ready to say the species is safe from WNS, but the lack of infection so far is good news, since Townsend’s big-eared bat populations are already struggling. They have long been considered a species of concern, he said.

Populations of Townsend’s big-eared bat (Corynorhinus townsendii) appear to be on a downward trend in the western portion of its range. Completely sealing off entry to abandoned mines, human disturbance in caves and mines, and renewed mining at formerly abandoned mines are all cited as causes for the loss of key habitat in a 2006 Technical Conservation Assessment of the species prepared for the Forest Service.

The maternity roost in the Crystal Valley is largely left alone by design, since bats are vulnerable to disturbance. Neubaum visits the site entrance periodically to download the PIT tag data and Nyland checks annually to ensure the protective cage is intact. The tours of Filoha Meadows Nature Preserve are a good way to see bats foraging at night. Some probably come from this roost. 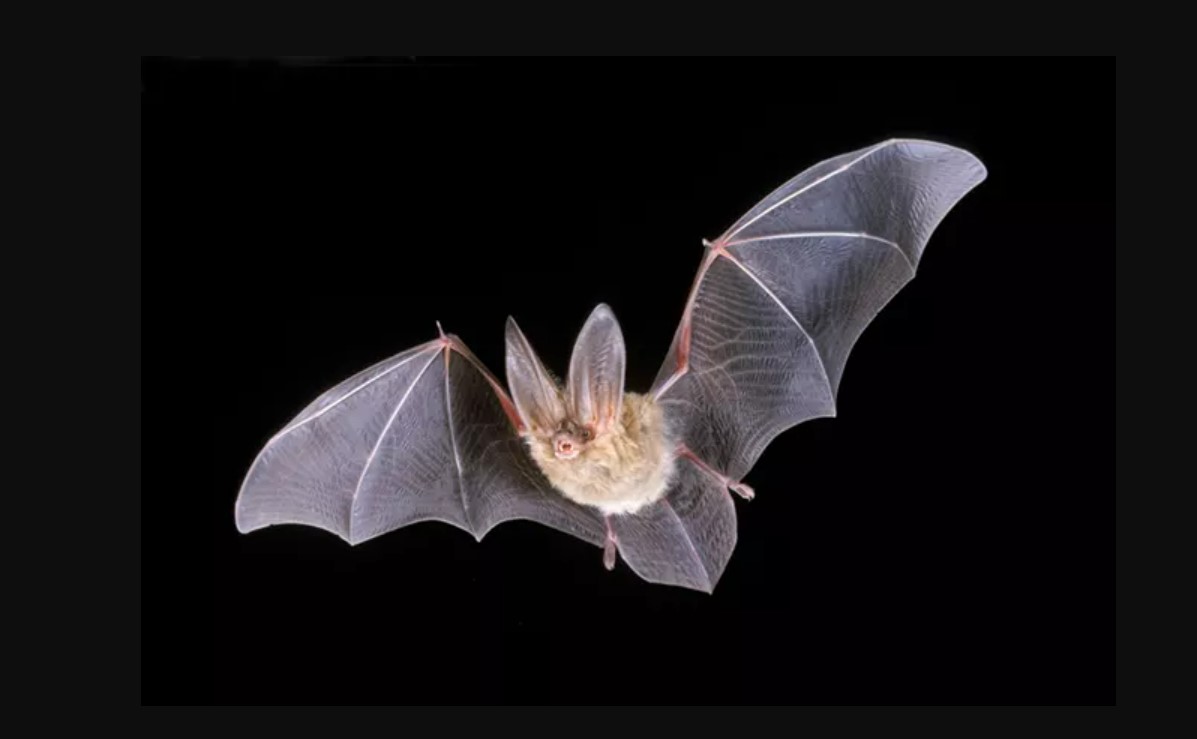 Townsend’s big-eared bat is named after American naturalist John Kirk Townsend and for its large ears, which average slightly more than 1.5 inches in length. Its wingspan is 12 to 13 inches and it weighs up to half an ounce. ©BLM