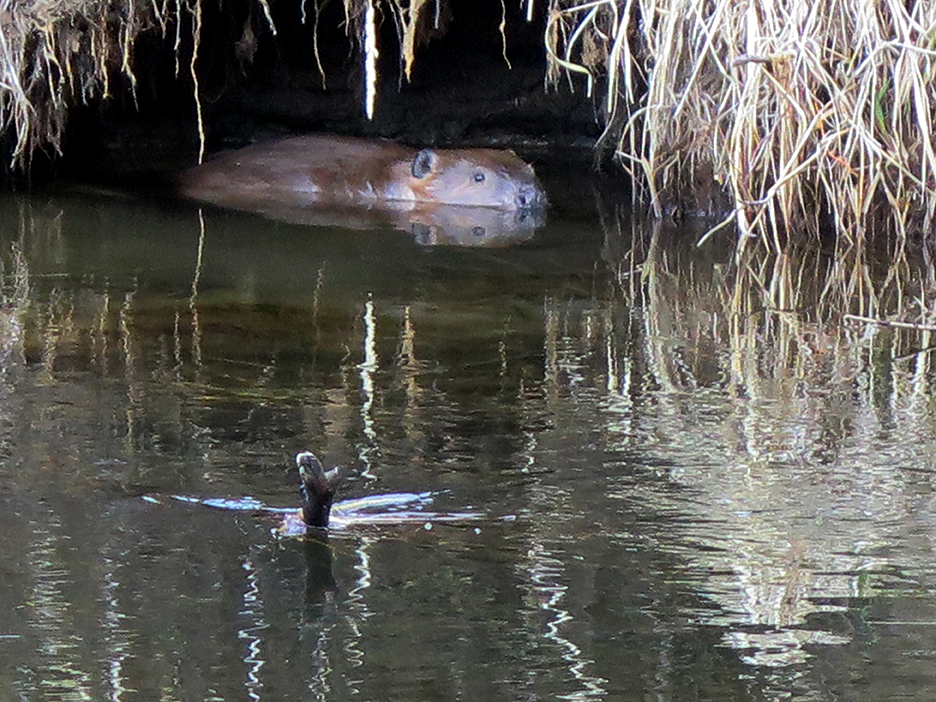 A beaver peers from the bank at North Star Nature Preserve in the spring of 2018.

Management of the ecosystem at North Star Nature Preserve is not entirely in the hands of its human overseers. The beaver population at North Star has been steadily growing for the past decade or so – putting the riparian landscape under the capable stewardship of North America’s largest rodent.

In fact, the flat-tailed animals’ ability to alter a landscape may be second only to that of humans. While North Star is perfect for beavers, with its slow-moving water, wide valley and preferred forage (aspens, cottonwoods and willows), the beavers are also perfect for North Star. They improve the health of the riparian ecosystem by flooding upland areas and creating new side channels that help improve habitat for birds and ungulates such as elk and moose. In addition, beavers foraging on willows stimulate vigorous sprouting of the plants.

Researchers recognize beaver colonization as a cost-effective strategy for wetland and riparian habitat restoration, particularly compared to the cost and challenge of human-engineered alternatives. They are also a fascinating species to watch, not to mention a surprisingly stealthy one. Nothing can jolt the unsuspecting out of their river reverie quite like the rifle-crack slap of a beaver tail on the water.

As part of its management of North Star, Pitkin County Open Space and Trails arranged for a survey of the beaver population at the Nature Preserve in 2018. Two wildlife biologists surveyed the 2.8 miles of the Roaring Fork River within the Preserve, recording all signs of beaver activity, including lodges, bank tunnels, chewed trees, mudslides and scent mounds. The survey found two active, freestanding surface lodges, one inactive lodge and substantial beaver activity throughout the reach. It is likely that each lodge is occupied by a single beaver family, or colony, the biologists concluded.

Obvious among the many signs of a beaver at work, the animals have attempted to dam the main stem of the river through North Star from time to time. Thus far, the efforts have been for naught. The dams have not withstood spring runoff.

Historically, beavers have faced a host of threats at the hands of humankind. First, it was an unregulated fur trade in the early 1800s to the early 1900s. Next came the impact of overgrazing and development in riparian areas, coupled with manipulation of water flows and eradication of beavers to protect flowing ditches. At North Star in the 21st century, beavers are a welcome species.

Protections in place to enhance the habitat for beavers and other wildlife at North Star include a prohibition on fishing from the riverbank and restrictions that limit access to the property. On the water, recreation is required to respect a 50-foot buffer around any beaver lodge.

Beaver sightings are a good sign – for North Star and for those lucky enough to spot one of these intriguing creatures. 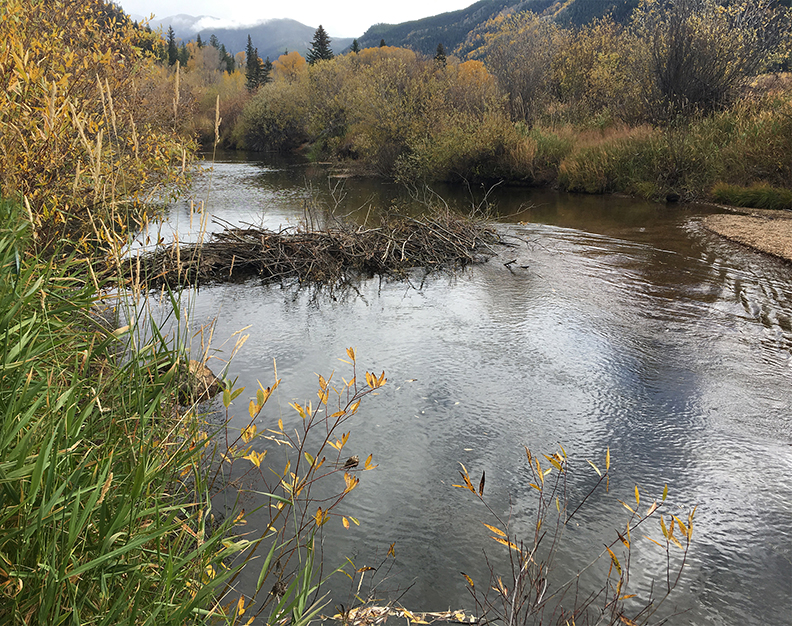 An attempt at a dam on the Roaring Fork River at North Star.