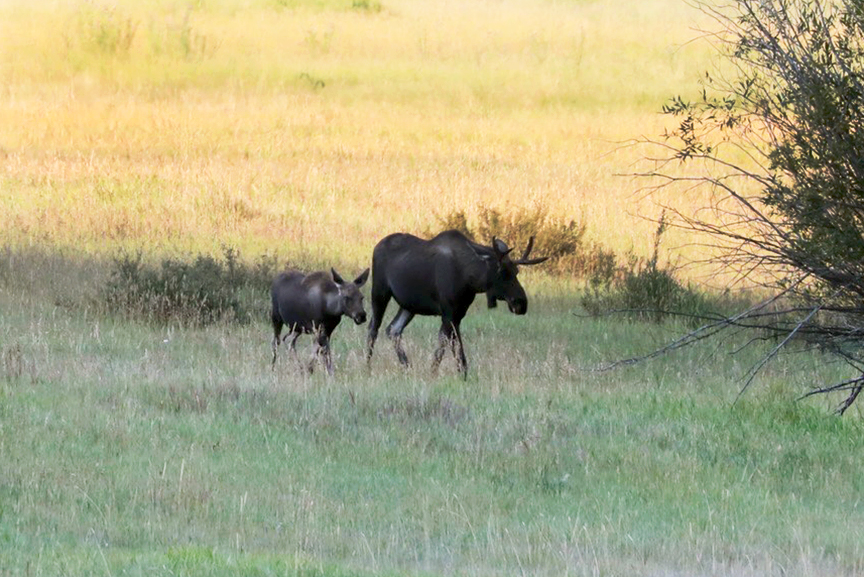 The calf and young bull at North Star.

An orphaned, local moose calf tagging along with a young bull tugs hard at human sentimentality and anthropomorphic tendencies.

While the nature of the duo’s attachment is just that – nature – it’s difficult not to be captivated by their unlikely relationship, particularly since moose are considered solitary creatures except for cows with calves.

The story began just before Labor Day weekend, when OST rangers were notified of an injured moose cow near North Star Nature Preserve. Its calf was spotted lingering in the vicinity of the North Star beach. The injured cow was ultimately found across the Roaring Fork River, in the closed section of the Preserve. Kurtis Tesch, wildlife officer for Colorado Parks and Wildlife, confirmed she had died from her injuries. It’s probable the cow was struck by a vehicle on nearby Hwy. 82.

The calf’s prospects, heading into winter without its mother, were grim. Calves are born in May and June, so this one was 3 to 4 months old and was not yet weaned. Typically, calves remain with their mother for a year, until she drives them off shortly before her next calf is born the following spring. During the winter, mom protects the calf from predators, breaks trail in deep snow and leads the calf to browse on the twigs of deciduous trees and shrubs.

Sometimes, an orphaned moose calf will latch onto another cow and continue to wean, increasing its odds of survival. The orphan at North Star instead began tagging along with a young bull. It attempted suckling, according to a witness, but the bull shooed it away. Nonetheless, the pair became companions. They were spotted together numerous times in and around Aspen, and Tesch observed the calf browsing and drinking water – encouraging signs since mother’s milk is no longer part of its diet.

While the gender of the calf is not yet known, the young bull appears to be about 2 years old, according to Tesch. Bulls don’t typically mate until they are 5 or so, given the competition they face from more mature males.

Instances of an orphaned calf finding another cow to stand in as its mother have been documented, but the association of calf and bull is a new one to Tesch. The relationship, if it continues, improves the outlook for the calf this winter, he said.

“The calf’s chances of survival are a lot better now that it has a companion,” Tesch said. “I’ve got high hopes for it.”

Please give all moose, including this duo, plenty of space. Don’t try to approach a moose of any age. Find out more about keeping a safe, respectful distance from wildlife at www.wildlivescolorado.org – a website created by jointly by Pitkin County Open Space and Trails and Colorado Parks and Wildlife. 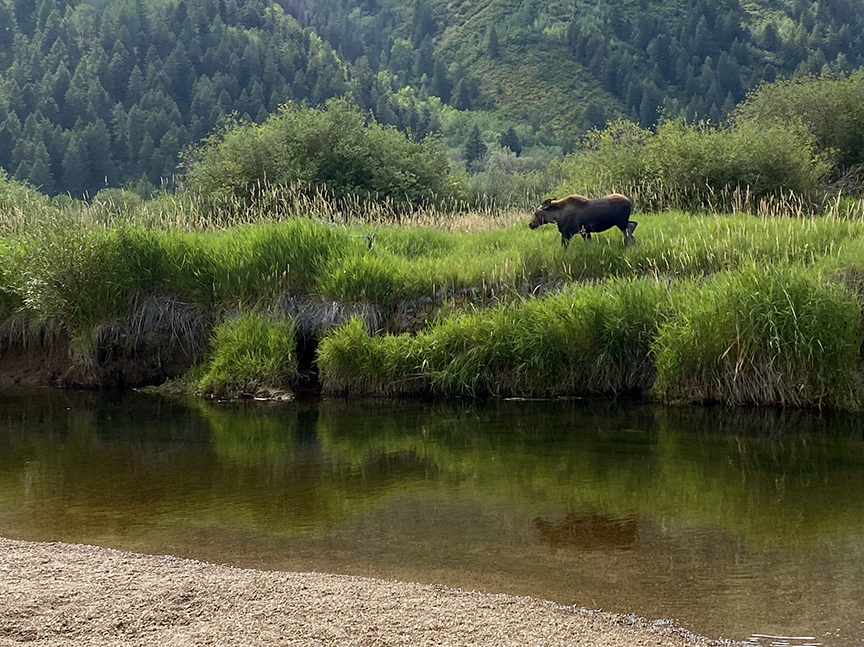 The orphaned moose calf on Sept. 4. 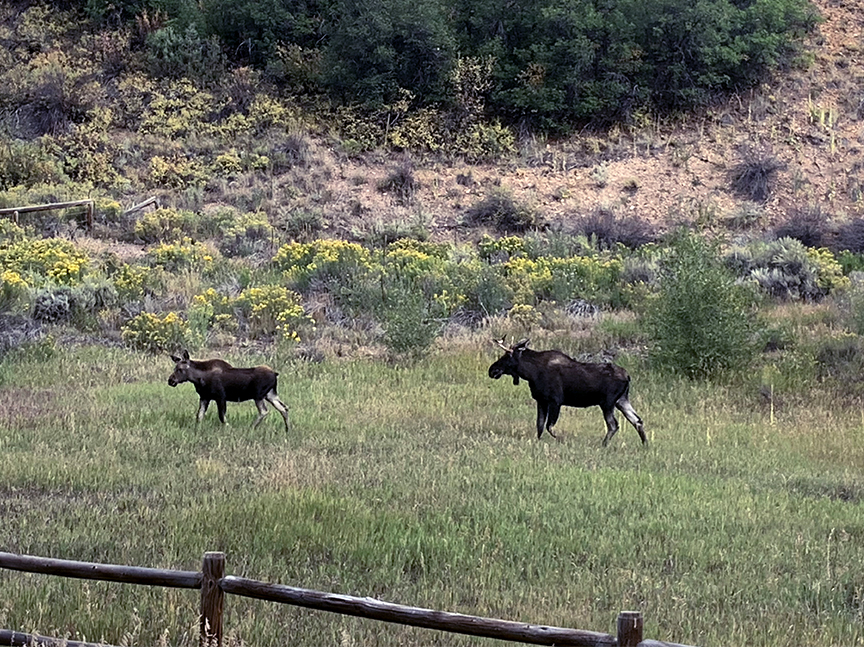 Along the Rio Grande Trail on Sept. 15.