The magical dance of fireflies in a tall patch of marshy grass at Filoha Meadows Nature Preserve has long been a source of fascination and delight for summer visitors to the property, but the lightning bugs aren’t just a treat for casual observers. They continue to spark interest among the scientific community.

For many a Midwesterner, chasing fireflies in the backyard on muggy, summer evenings is a fond memory of childhood. In the West, not so much. The opportunity to even see a firefly west of Kansas is something of a rarity, though small populations of the captivating insects exist, including a handful of them across Colorado.

Some wetlands and hot springs in Colorado have firefly populations. There are also small populations in areas along some rivers. Historically, scientists believe fireflies were far more widespread; the drying climate, draining of wetlands and impacts of cattle along waterways are among the cited causes for their declines.

At Filoha Meadows in the Crystal Valley, where ranching activities took place previously, the fireflies could be dependent on the area’s thermal activity (heat), as well as its boggy nature. The insects are typically observed in just one section of the open space.

It is only during organized, evening tours of Filoha that visitors can glimpse the fireflies. Adults and children alike often see fireflies for the first time in their lives during these memorable outings, led by the Roaring Fork Conservancy with funding from Pitkin County Open Space and Trails. The popular tours take place on scheduled evenings in July. At other times, Filoha is open to limited public access only from July 1 through Sept. 30. It is closed the rest of the year to protect wildlife. Find out more about access.

For firefly researchers, Filoha’s population presents questions. Efforts to find the answers are ongoing. This summer, Colorado-based researcher Raphael Sarfati spent several evenings at Filoha, studying specimens of the fireflies up close and taking video clips of the light show they produce. He is sharing the data with Larry Buschman, professor emeritus with Kansas State University’s Department of Entomology.

Fireflies are something of a passion for both men. Buschman first glimpsed Filoha’s population during a Roaring Fork Conservancy tour. He has since confirmed they are Photuris fireflies – that is, members of the Photuris genus, within a family of beetles (Lampyridae). What he hopes to discern is whether the Filoha fireflies are a singular, and as-yet-undefined, species or subspecies of Photuris fireflies. They might be.

It’s heady stuff in the world of taxonomy, even if Filoha’s fireflies are simply enchanting bugs for most observers.

Buschman has written the “Field Guide to Western North American Fireflies,” though it remains a work in progress as he learns more. Fireflies, he explained in the guide, can be identified by their flash patterns, specifically the frequency and duration of their flashes, as well as visual cues (what the insect actually looks like). He further breaks down the flashes into such categories as glows, flickers and flashes that are long, normal or “snappy.”

Whatever the flash, it’s all about communication between males and females. Fireflies only light up for breeding season. The light is produced by a chemical reaction achieved within specialized organs at the tip of the abdomen, a phenomenon called bioluminescence. Each species produces a unique light pattern.

“They’re so charismatic, so interesting,” Buschman said. “The thing that really fascinates me is the communication.”

In his research, Buschman employs a decoy light, essentially mimicking female flashes to see what pattern attracts a male. He believes there are five or six types of Photuris in Colorado; they may not be individual species but perhaps subspecies (the lowest taxonomic rank that can receive a name).

There are exacting rules and a formal process for giving a species or subspecies a Latin scientific name, but Buschman describes Colorado’s fireflies with common names, including the Colorado Short Flasher and Colorado Long Flasher in eastern Colorado. West of the Continental Divide, the Colorado Western Firefly is his common name for Filoha’s fireflies.

Buschman suspects that, 5,000 to 10,000 years ago, when the West was much more humid, fireflies were far more commonplace in Colorado. As the climate has dried, fireflies have survived in small, isolated pockets like Filoha Meadows. The populations are small and vulnerable, and the possibility of extinctions is concerning, he said.

With little in the way of documentation, the history of Filoha’s fireflies is unknown, though Buschman noted fireflies generally exist where they have long existed. Although Filoha is well-protected in the open space realm, natural forces can’t be discounted as threats to its firefly numbers.

For now, Filoha fireflies continue to delight and intrigue those lucky enough to see them. Though the Roaring Fork Conservancy’s evening tours of Filoha have concluded for this year, several more daytime tours of the open space are scheduled. Find out more about scheduled programs and volunteer opportunities on open spaces. 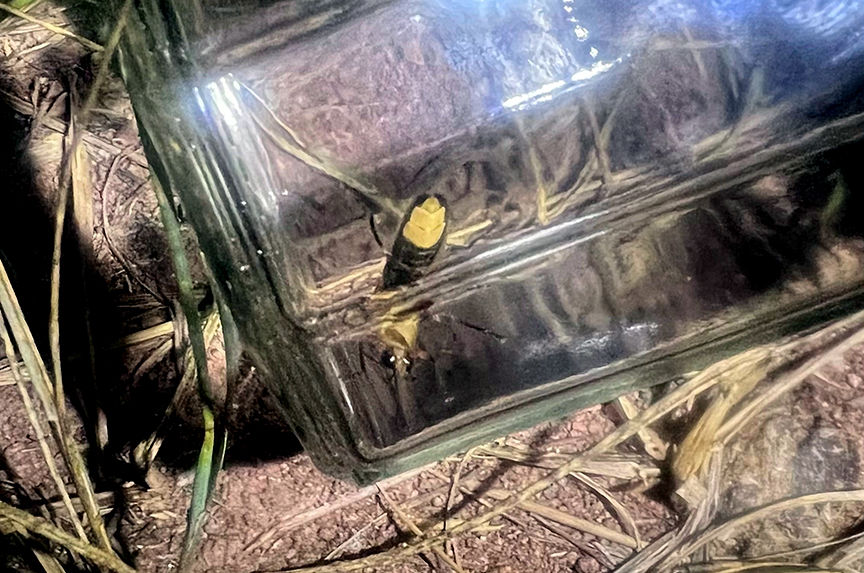 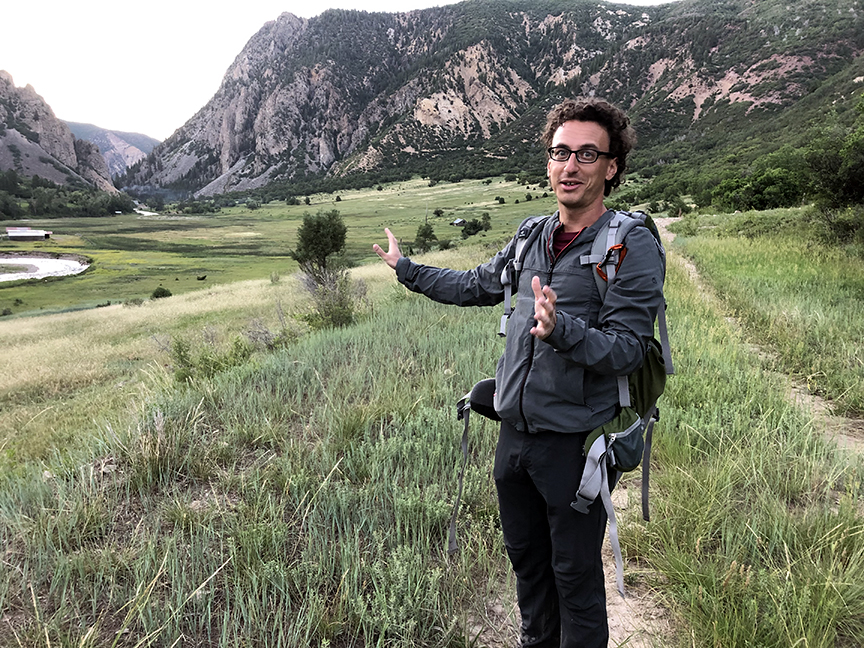