The May 24 sighting of an unfamiliar bird at Glassier Open Space turned out to be the first step in an unexpected conservation effort for Pitkin County Open Space and Trails.

The bird’s observer happened to be an Open Space and Trails (OST) staffer, who snapped a photo and subsequently found an online match for the unrecognized songbird – a male Bobolink. An All About Birds description was spot-on: “Perched on a grass stem or displaying in flight over a field, breeding male Bobolinks are striking. No other North American bird has a white back and black underparts (some have described this look as wearing a tuxedo backwards). Added to this are the male’s rich, straw-colored patch on the head and his bubbling, virtuosic song.”

OST emailed the photo to Rebecca Weiss, an Aspen Center for Environmental Studies naturalist and expert birder. Weiss was surprised, to say the least. She had never before seen a Bobolink in the Roaring Fork Valley, though they are listed as accidental/casual visitors to the area. They have not been documented breeding here.

Bobolinks (Dolichonyx oryzivorus) are a ground-nesting bird. A swath of western Colorado is at the far southern end of its mapped breeding range. A grassland-dependent species originally found in the tallgrass and mixed-grass prairies of the Great Plains, Bobolinks have adapted to using irrigated fields and wet meadows that mimic those native grasslands, according to the Utah Division of Wildlife Resources.[1] The Bobolink is listed as a sensitive species in Utah and as a vulnerable species by the Colorado Natural Heritage Program.

Despite its efforts to adapt to available habitat, Bobolink populations have declined. Its worldwide population dropped 59 percent from 1970 to 2014.[2] Development has reduced its remaining habitat, and agricultural practices can prevent nesting success. Irrigated or flooded hayfields may provide suitable habitat, but the cutting of hay can destroy nests or cause adult birds to abandon a site. Loss of hay cover can also leave fledglings vulnerable to predators. In addition, conversion of traditional hayfields to alfalfa makes them unsuitable for Bobolinks. Pesticides can also be a problem.

That said, a flood-irrigated hayfield at Glassier, thick with diving Red-winged blackbirds and Savannah sparrows, has drawn a pair of Bobolinks. Local birding enthusiasts also noticed the Bobolinks at Glassier and observed nest-building activity. This news reached OST, which sought out one of the birders to confirm the general location of the action.

Several days later, with the cutting of hay about to commence, a group of birders, accompanied by Open Space and Trails representatives, met at the open space and, during roughly two hours of observing the Bobolinks, identified a section of the field where a nest is likely located. OST quickly contacted the agricultural lessee at Glassier, who harvests the hay for a cattle operation, and worked out an arrangement that includes financial remuneration. The lessee agreed to leave about 5 acres of the hayfield uncut until mid-July to provide time for the successful fledging of Bobolinks.

Glassier Open Space is managed for multiple purposes, including agriculture and wildlife habitat, noted Gary Tennenbaum, director of Open Space and Trails. Putting an added, temporary protection in place for a small bird, however, is a first for OST.

“Wildlife protection doesn’t just mean the elk that use the property during its winter closure,” he said. “In this case, a songbird inspired a new conservation strategy for our department and forced us to seek some middle ground between the needs of the lessee and the needs of a species.”

The lessee and the birding community share credit for the solution, Tennenbaum said.

The need to accommodate an unexpected, sensitive species is something that will be incorporated into future agricultural leases, he predicted.

Meanwhile, whether the Bobolinks successfully rear a brood of young birds or not remains to be seen. Exuberant birders are watching. The male Bobolink has been observed carrying food – a likely sign of nestlings – and vigorously chasing off Red-winged blackbirds.

All About Birds – Bobolink 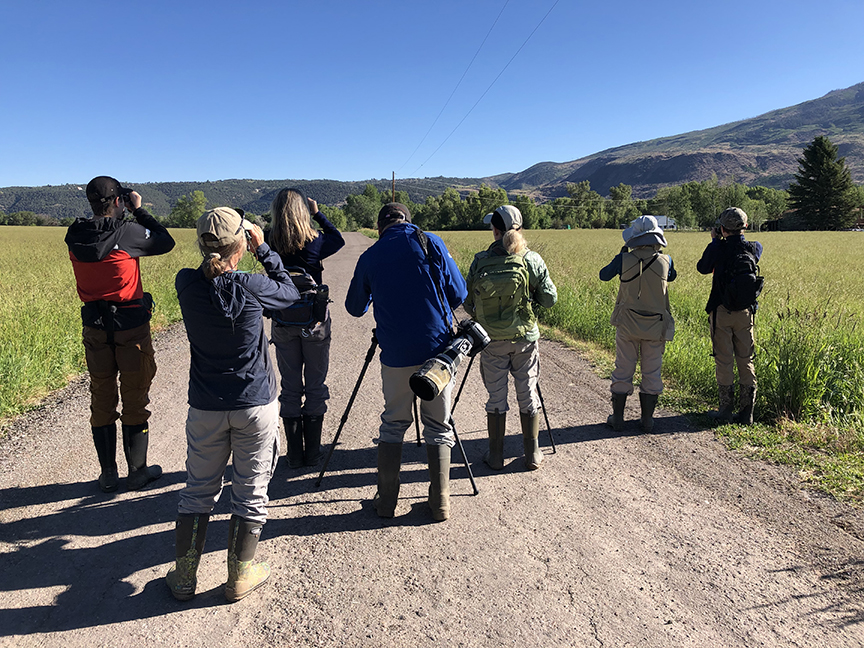 Birders scan Glassier Open Space for signs of a pair of Bobolinks. 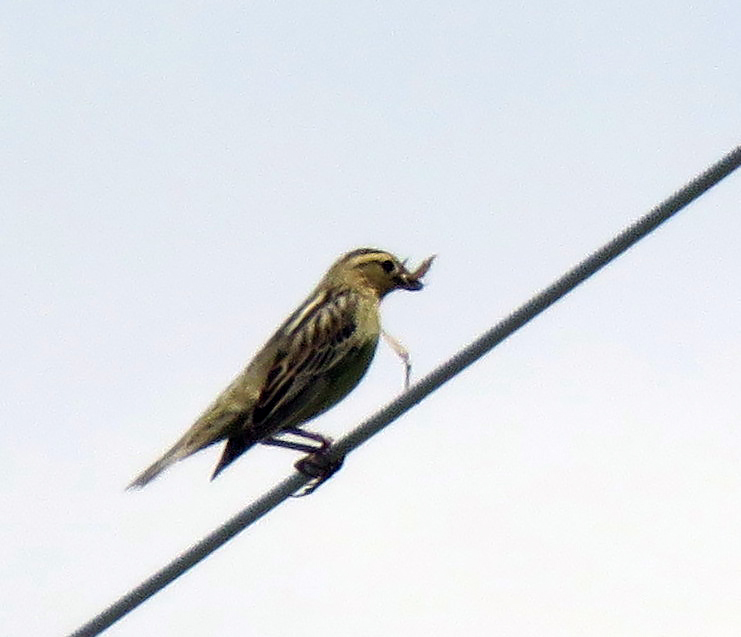