Black bears getting ready to nap 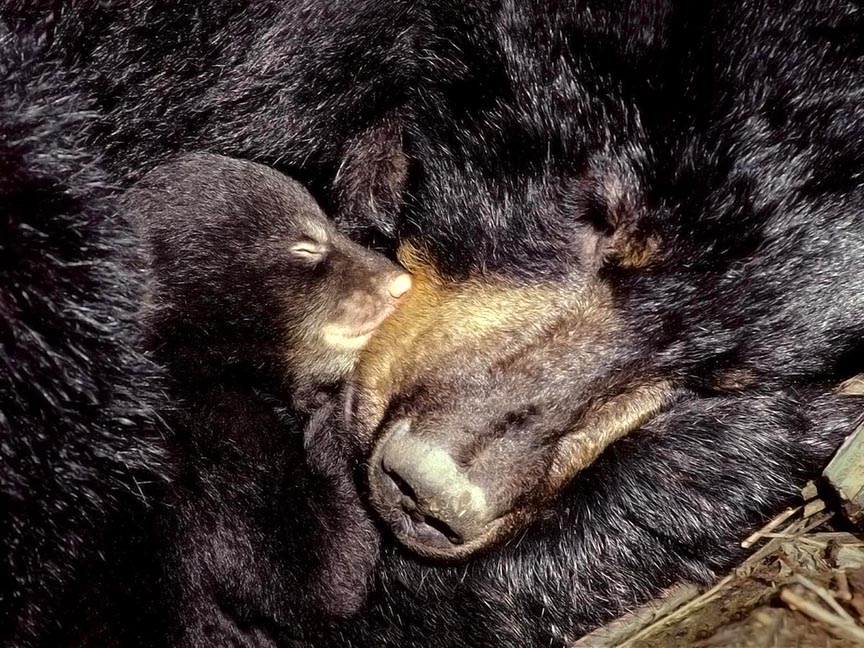 Black bears sightings in the Roaring Fork Valley and elsewhere will be dropping off in the coming weeks. These animals generally head for their dens in November or early December, as natural food sources disappear.

They may be out of sight, but the physiology of a denning bear is a glimpse into the wonders of nature. Thanks to in-den cameras, researchers know bears don’t check out for an uninterrupted, four-month slumber. Females, for example, give birth in the den and care for their cubs. Sometimes, groggy bears pop out of their dens during the winter months, though lack of food and energy usually sends them back to bed.

Bear literature offers conflicting conclusions about whether bears are true hibernators, or just very efficient ones. Black bear hibernation is more accurately defined as torpor – a lethargic state, but not an unconscious one, according to Jonathan Lowsky, wildlife biologist/ecologist with Colorado Wildlife Science in Basalt. True hibernators, like chipmunks for instance, experience drastic decreases in body temperature, respiration and heart rate, though they must wake up every few days to raise their temperature, eat and take care of bodily functions.

A hibernating black bear (Ursus americanus) sees a slowdown in its metabolic functions, but not so much that it can’t react to danger. On the other hand, adult bears do not eat, drink, urinate or defecate in the den. They live off the body fat they’ve put on in preparation for winter and their bodies recycle metabolic waste.

That layer of body fat also determines whether a female will give birth in the den. Bears mate in May to early July, but female bears experience delayed implantation. If a sow is not sufficiently fattened up for winter, she will reabsorb the embryos and no litter will be born. This physiological safety measure protects the sow and her potential offspring. An undernourished sow producing milk for a litter will starve, Lowsky said.

If a sow fattens up on food that is not its natural forage (i.e. trash), it means humans are interfering with nature’s way of controlling the bear population at times when environmental conditions are unfavorable.

In the West, a typical litter is two cubs, born in mid-January to early February. Blind, toothless and nearly hairless, the cubs eat, sleep and grow, gradually opening their eyes at 5 to 7 weeks. Mothers keep them warm, dry, clean and fed. Bears give birth to smaller young, relative to the mother’s size, than any other placental mammal (a group that includes almost all mammals). A mother weighing hundreds of pounds will give birth to cubs that weigh less than a pound each. The cubs weigh 4 to 10 pounds by the time they emerge in the spring, according to the North American Bear Center.

Cubs remain with their mother for their first season out of the den and stay with her again during the following winter, according to Lowsky. Female bears typically go into heat every other year, so she will not give birth during that second winter with her offspring, he said. She parts company with the cubs in their second spring, when the young bears are yearlings.

Black bears can live 30 years or so. Both genders begin breeding at about 4 years of age. Males and females without cubs are solitary creatures outside of mating season.

Locally, we can generally expect to see bears start emerging from their dens in mid-March, according to Colorado Parks and Wildlife. If the females have eaten well this fall, expect some cute, little bundles of fur to tumble out with them. 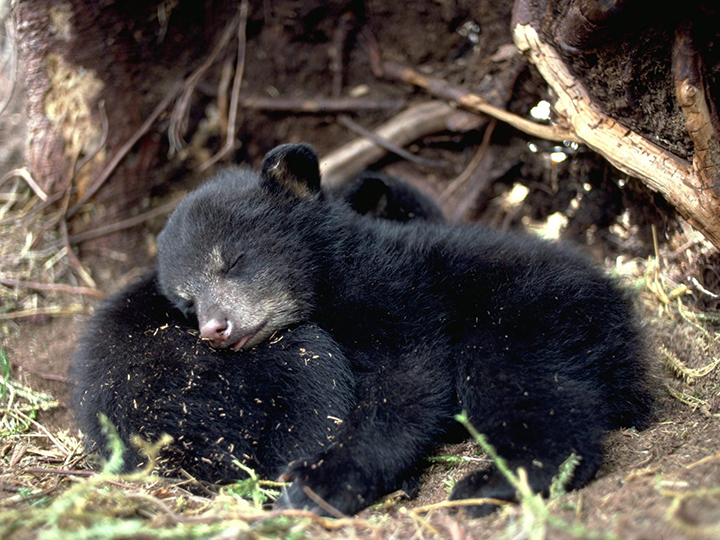 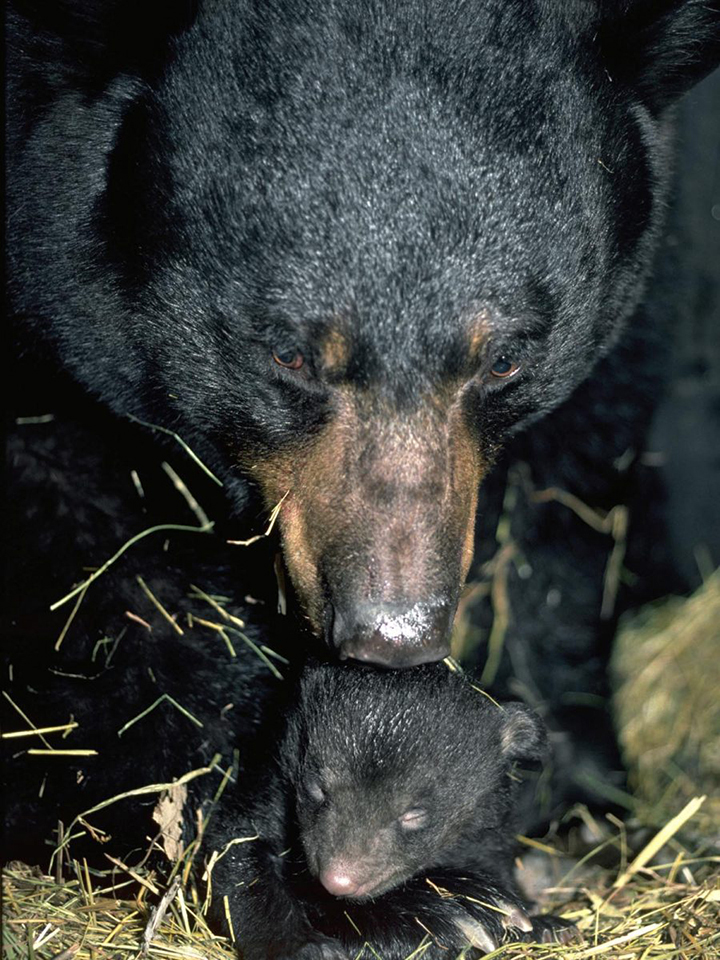 A black bear mother’s metabolic rates are slowed by hibernation, but she wakes up and cares for the cubs. Newborn cubs do not hibernate. Their job is to eat, sleep and grow. These two (top photo) weigh four pounds at nine weeks of age. Photos: North American Bear Center